This time I opted to order professionally made boards from OSH Park. 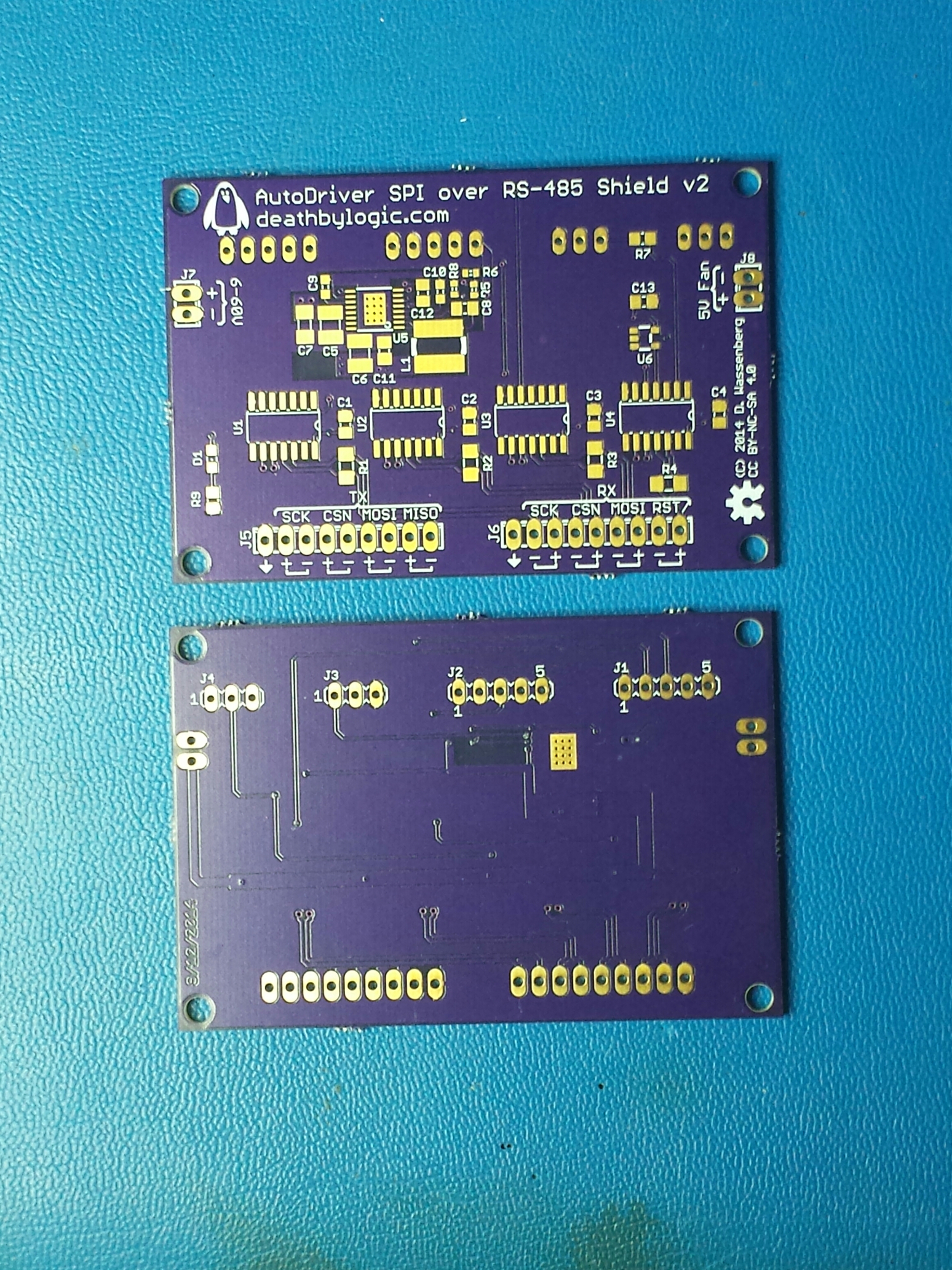 AutoDriver shield v2 front and back.

And the almost fully populated board, which were reflowed in a toaster oven using a stencil from OSH Stencils. 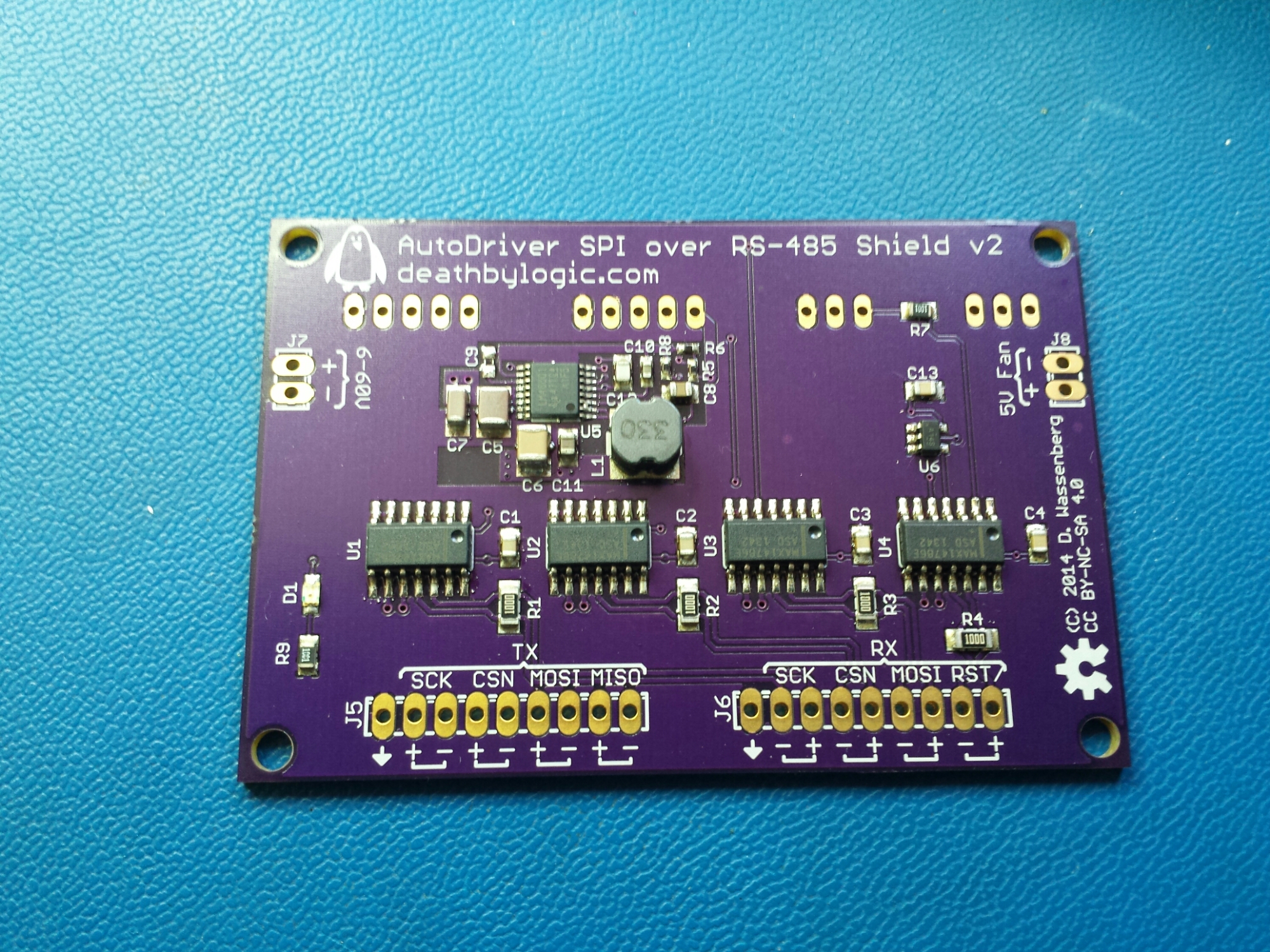 Schematics, board file and gerbers can be found on my GitHub page here.